There was no doubt that in a country that has hosted the most important world bicycle event for more than a century, there must be something to find on the topic of the review. 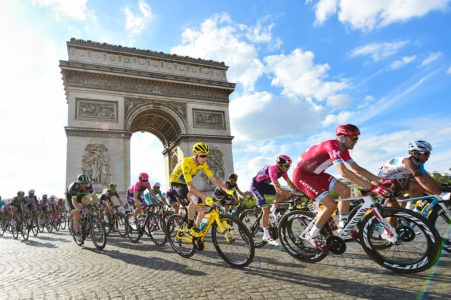 If anyone didn’t guess, then I’m talking about the annual Le Tour de France bicycle race. Well, about France.

Indeed, there is even a special store there, fully enlightened to models, games and toys on a bicycle theme.

And in the part of the sets themselves, the French company MK35 was noted, which at the beginning of the century produced such a resin set 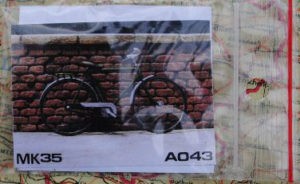 And according to the tradition already known to us, she began to complete it with figures

F226 The postman and his bike 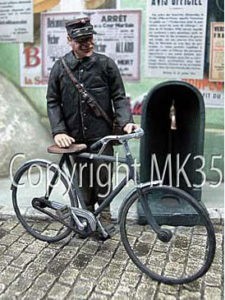 Or just create figures for it, but separately

This is not the entire range of the company in the direction of interest. Other products I will show in other sections. But what kind of “other sections” can be with French bicycles – this is an intrigue. As in a good detective story you have to read to the end.

The next French manufacturer, Blitz only entered this category last year. But a Bicycle model for the First world war, or, as it is also called, the Great War. 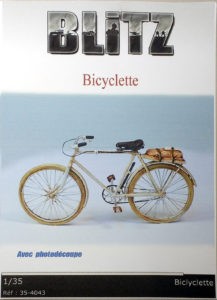 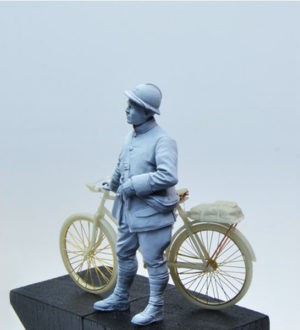 It is this set, it is not just. This is really the centennial of the WWI. And the grandfather of the sculptor himself served as a prototype. 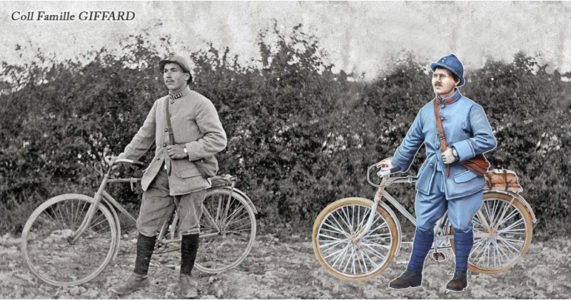