The question of where to start the bike review – did not stand at all. Photo and newsreels of the period of the WWII formed a firm opinion that the Germans did not get off their bikes. Unless when they climbed onto the tanks. 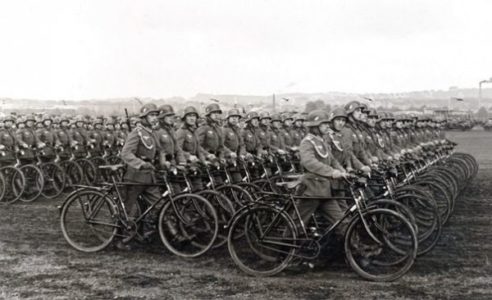 I learned that the Germans did not ride on anyhow, but on a specially military bike M42 Truppenfahrrad. This is from 1942. And before that, on the same, but just Truppenfahrrad (what is the difference – I did not find a description). And they were released under a couple of million pieces. 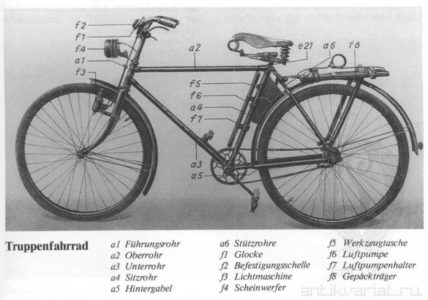 The Germans took the same amount from the Dutch. The Dutch remembered this German ugliness and in football matches with the Germans the battle cry of Dutch fans until the 70s was: “Ik wil mijn fiets terug!” – Get my bike back! Then either their princess married a German, or vice versa – but the topic died out.

And as a result of this and a bunch of other occupations, any bike at that time could be German, and in any country there were German bikes.

The question of where to start the review did not cause me any difficulties: with a set from  TAMIYA 1991 release! 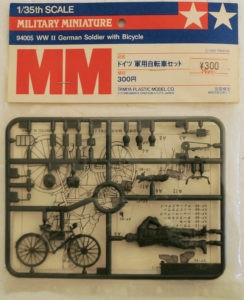 In 2000, Japanese marketing geniuses doubled the frames, added another one with figures and revealed to the world: 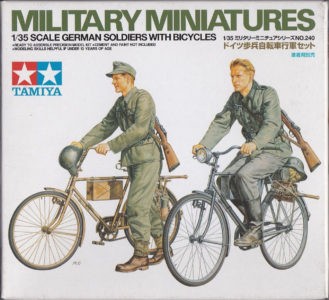 Some Japanese truth-seeker started a whole study under the motto “Tamiya 94005=35240-A” trying to catch the dynamics of the domestic (for him) model of the industry: what has changed over a decade? Apparently – nothing!

Antiquity (some sincerely believe that it is from the 80s) and the durability of the set led to the presence on the market (there is a demand, there is an offer) of a whole galaxy of etching sets for it, which most of the leading companies in this industry have noted. True, it began only after the release of the extended and updated set.

The first-born was a set from the Polish Aber

A year later, the company was made up of Italians from the Royal Model 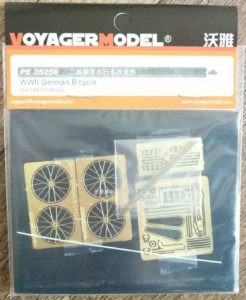 After which another 6 years their countrymen E.T. Model scratched turnips 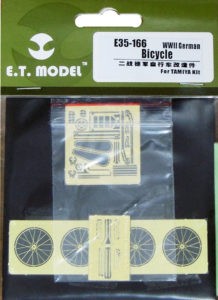 And the final chord was the Japanese Passion Models, who not only released an etched set 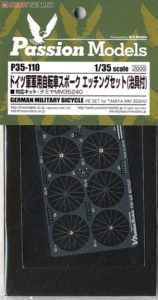 but they also combined with him a pair of metal plates for proper bending of knitting needles.

However, all components can be purchased separately: they are separately twice as cheaper each than together. Which is logical. 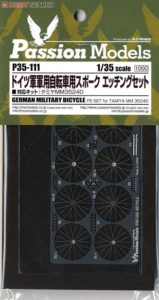 When buying sets, the main thing is to determine the quantity: Aber, Lion Roar and Passion Models are designed for both bicycles in a set at once, and all the rest – for only one. Well, consider this when considering prices. And Lion Roar has a set for one extra wheel in stock – you can practice!

Well, so that you are generally tormented with the choice, here is another picture for you (I just reduced it to one size and “put” it next to it):

There was another venerable metal product on this subject, namely a set of white metal from the English Hornet 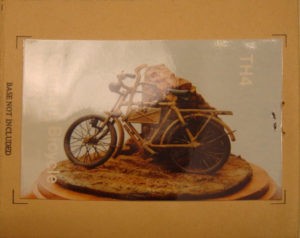 It is in the same age as TAMIYA. 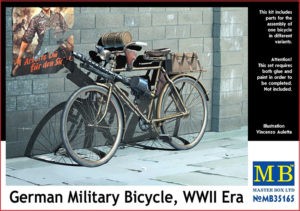 which became the basis of a whole line of products. They all have the same frame with the bike itself. 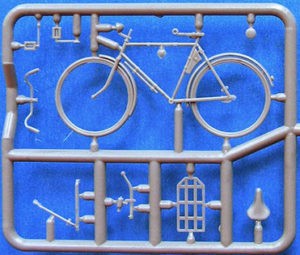 with which came all sorts of additions:

with the German infantryman and get 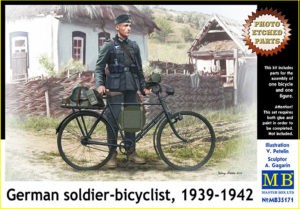 and if a French soldier, then 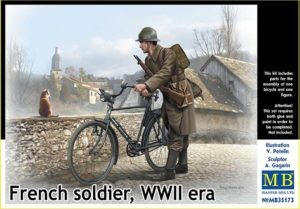 or old uncle is one of the European countries, then 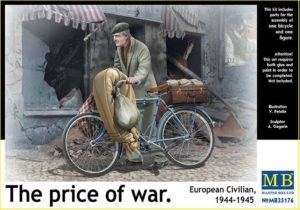 Well, closing the circle using both frames of the initial set plus a figure 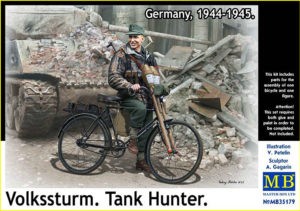 To help you decide on a model, I offer you the following triptych (on the left – Tamiya, on the right – MasterBox, matching – on the pedal sleeve).