Italian military bikes – this is not the most significant part of the study area, but certainly the most romantic. Brave handsome Bersaglieri rushed through the expanses of Italy, waving grouse feathers on their hats, escorted by the languid looks of brown beauties. But the soldiers were not up to them. Because they began to ride here on such bicycles, and with such shaking it was not up to the girls. 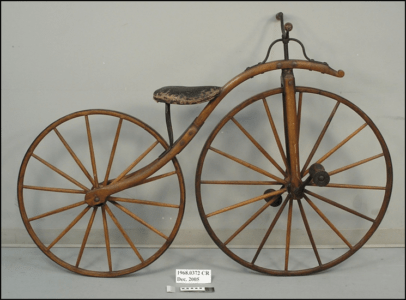 Undoubtedly, pneumatic tires were invented a little later, and the roads became better, and women could have already been paid attention to, but … age has already passed! 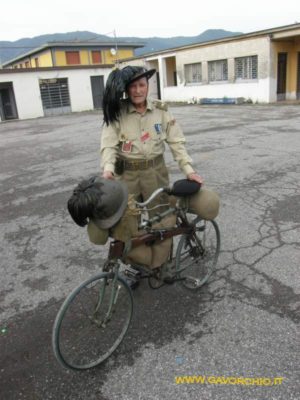 In Italy, fate brought the commander of one of the bersalieri squads, Lieutenant Luigi Camillo Natalie, and the future bicycle manufacturer Edoardo Bianchi, resulting in the appearance of a masterpiece of engineering military thought – the Italian military folding bike – in 1911.

Interesting: It is to Bianchi’s share that the wheel size equation and the use of pneumatic tires are attributed. 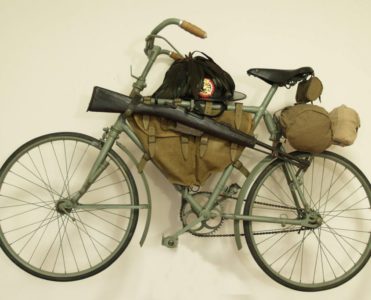 The Great Duce had been in the Italian army for two years precisely in units of bersaliers.

The Italian company (who doubted)  Model Victoria with its own set came to the aid of those who wanted to recreate this miracle of engineering. 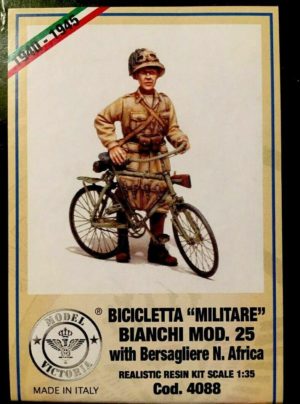 For those who decide to assemble this kit: do not go wrong with the color. From time immemorial (as shown in the photos) to the present, Bianchi bikes are painted in a specific azure color 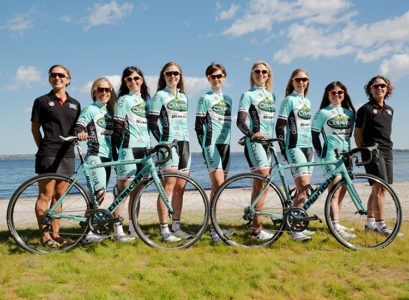 But not only military products make us happy Italian companies. The classic brand of the Italian civil bike since 1908 is Taurus. It was on them that Monica Bellucci, Adriano Celentano and George Clooney preferred to ride. It is entirely possible because “… all Taurus bikes are hand-assembled under the close supervision of craftsmen, every detail is carefully selected, and most importantly, there is no saving in materials – everything has been tested for years and many years of experience. Only this way real Italian bikes with character are created.”

For you next products from Model Victoria 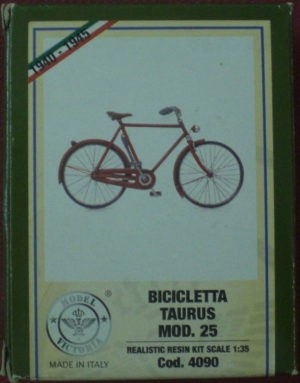 And there is a little secret when assembling, but not color. Puzzled by small things, do not rush to pull the brake cables – they are not there! Rather, they are, but hidden in a frame.

And this is the key feature of this brand.

Although the pedals are a work of art!