Just the other day, the Italian Cix Models presented two new sets from the field of sports cycling: an athlete from the beginning of the last century with a sports bike 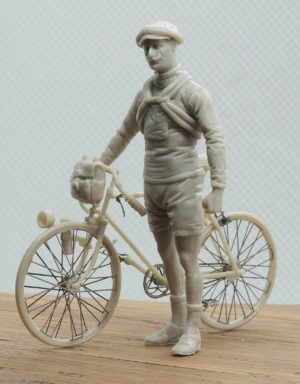 and this athlete himself separately 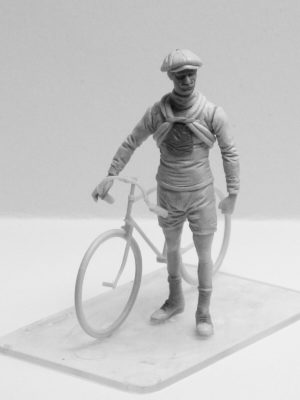 After examining the products of this company, and it is quite original and peculiar: from resin figurines of wild animals and attributes of Italian agriculture to motorcycles of the beginning of the last century, I discovered another set worthy of inclusion in the kitography, namely the figurine of the brave Bersagliere which I told you about in the topic dedicated to the Italian theme, 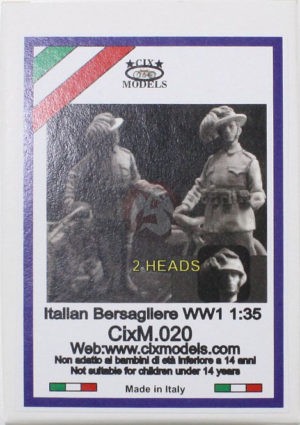 Since new items on this topic are quite rare, I decided to supplement the story a little, not with prefabricated items, but of the required scale. I mentioned these in the story from the cycle rickshaws. Here I will present the same manufacturer – the Hong Kong company Tiny, which has a set of ice cream bike carriers in production. 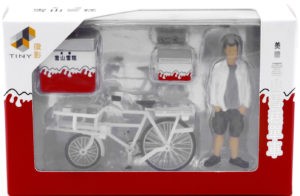 with such a specialized bike 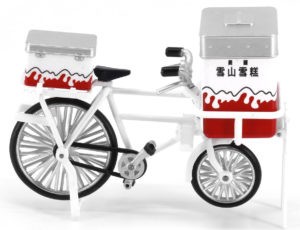 I must say that earlier this set looked more brutal, but less real. 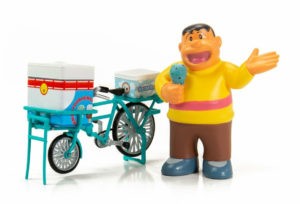 And there is another bicycle carrier, this time of gas cylinders, being the link between my two sub-themes of this kitography: bicycles and welding. 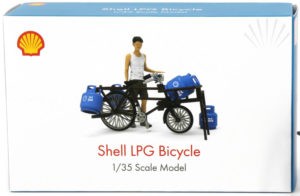 with an identical bike 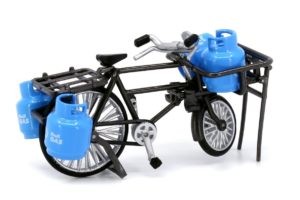 For all the playfulness of these products, it must be admitted that in terms of implementation they are not far from the flagship of the line in the original version. 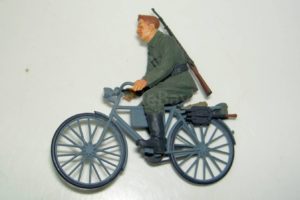