Mysterious (even for me) inversions of my perception of modeling brought to the following object of study: welding!

Modern historians relate welding technology to almost the origin of humanity, or at least to the most ancient civilizations 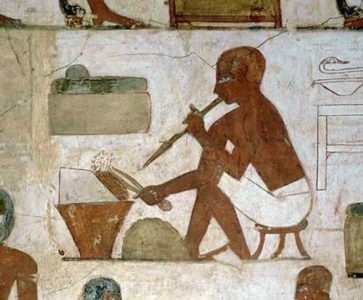 which is not surprising if you look at the classic definition of welding: “Welding is the process of obtaining one-piece joints by establishing interatomic bonds between the parts to be welded with local or general heating, plastic deformation, or the combined action of both.“

Then it is clear that if there were blacksmiths, then there was welding.

and such ancient antiquities do not even interest me. Welding, in the modern everyday sense, appeared at the end of the 19th century.

First there was the discovery of electricity, a bunch of experiments and experiments with it, while the Russian scientist physicist Vasily Vladimirovich Petrov, 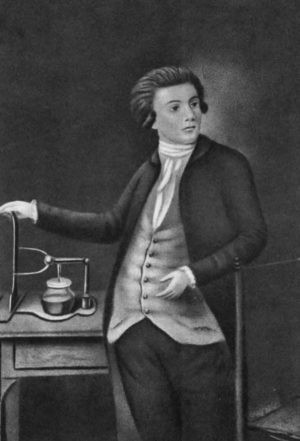 “... by means of a huge accumulated battery, sometimes consisting of 4200 copper and zinc circles, and located at the St. Petersburg Medical and Surgical Academy ..” did not receive an electric arc

In fact, man received the weapon of the gods – man-made lightning! 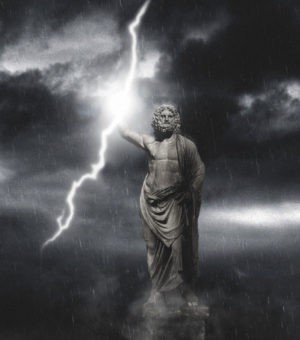 Maybe that’s why there is an opinion about the welder as the highest step in the Darwinian evolution of man?

“… in 1882, the Russian inventor N.N. Benardos used an electric arc to connect metals, in 1885 he received a patent entitled “A method of connecting and disconnecting metals by direct action of an electric current“, using an arc burning between a carbon electrode and metal and powered by electric energy from the battery … “ 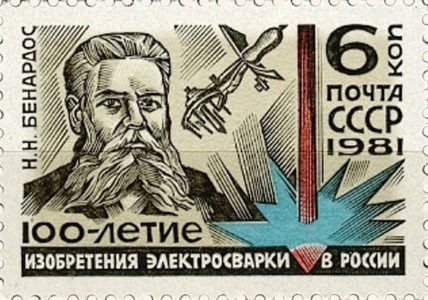 Further development of electric welding is also associated with the Russian, namely with the engineer and inventor Nikolai Glavilovich Slavyanov, who first developed and introduced the process of electric arc welding with a melting metal electrode.

He has two monuments: one modern in Perm 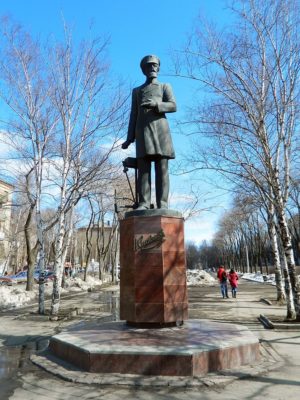 and he made the second himself during his lifetime “… a twelve-sided metal cup 210 mm high and weighing 5330 g. Made of a multilayer workpiece, he combined almost the entire range of technical metals used. The drilled prism was welded from copper, bell and ordinary bronze, tompak “(an alloy of copper with zinc), nickel, steel, cast iron and nickel silver (a copper-zinc-nickel silver alloy).“ 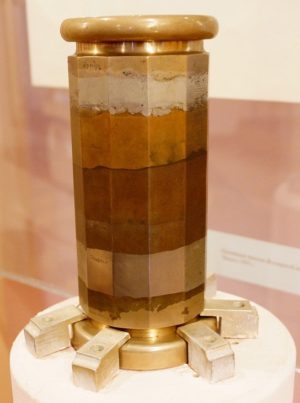 It was made in 1893 for the World Electrotechnical Exhibition in Chicago, where he received an honorary diploma and a bronze medal. 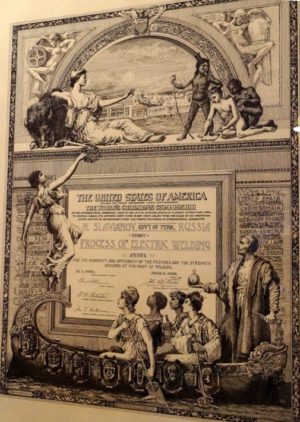 For many years, the “Slavyanov sandwich” remained the undisputed peak of welding craftsmanship.

This applies to electric welding, but there is another variation of it: gas welding!

“... in 1895, a scientist from France Le Chatelier conducted experiments in which he studied the characteristics of combustion of combustible gases in interaction with oxygen. In the same year, the scientist received a flame with a temperature of up to three thousand degrees. To obtain a flame, he used the combustion of acetylene with oxygen .

Already in 1903, the world’s first gas burner was designed. It was designed by French scientists Foucher and Picard.

The basic design of their gas burner is used in modern equipment, almost unchanged …. “

But the appearance of the welders has changed a bit during this time!

So there are a lot of types of welding 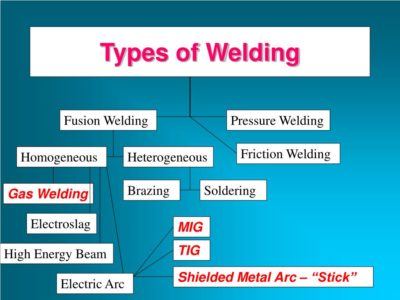 But I do not set myself the task of enlightening you in this area. As such, the welding itself is not really necessary for me, but what exactly I need from it – you will learn a little later.