With all the variety of gases used in welding, all of them, or rather their storage tanks – cylinders, have one common and essential characteristic: significant weight. 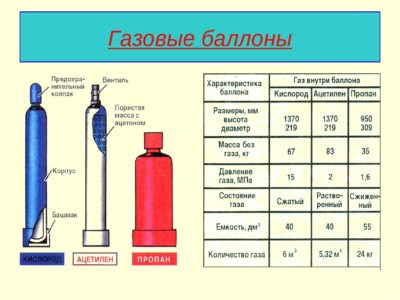 so significant that according to safety precautions, the movement of cylinders by one person is not provided at all 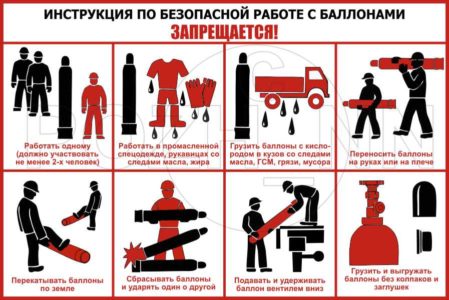 Of course, not always and not everyone is obliged to observe this very safety technique.

But it’s one thing on a sunny day and once a month to drag this balloon, and another thing several times a day, regardless of the weather. Therefore, a long time ago, welded ones built improvised devices for themselves. 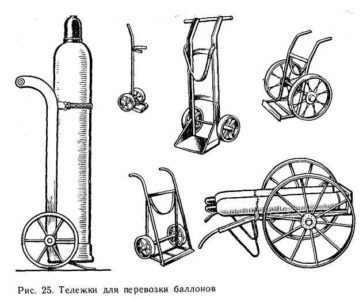 namely trolleys for transporting gas cylinders. Remember? But this is the topic of the current kitography: not welding, but two-wheeled carts – devices driven by a person. And welding is accompanying!

These carts are modern, there are not very, self-made and factory – in short, different. If you have a strong desire to make one, then here’s a drawing for you:

Now let’s see what the model industry offers us on this topic in our favorite 1/35 scale.

I would like to start with one of the oldest European companies, namely the Italian Italer and its age-old set (already since 1983) with an intricate fate, namely 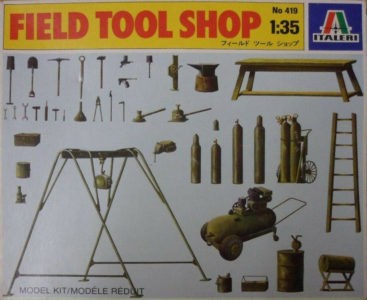 The assembly instructions were unassumingly printed on the back of the box. 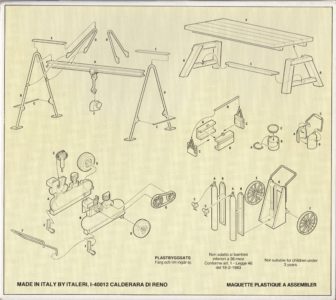 A dozen years later, indicating the real age of the set began to strain, so it was reworked, excluding the mention of the year of the start of production 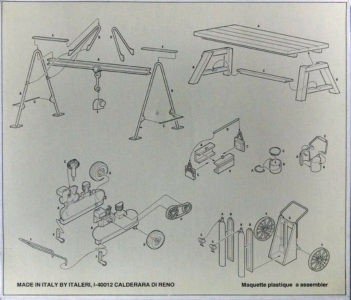 This was enough for another ten years after which it was decided to completely change the packaging design.

But this was enough for only another decade, apparently a new release of designers arrived, and in 2005 another refinement of box art appeared (it’s not for nothing that the company is friends with our Zvezda – the logic of changing box art is identical for them. Or maybe they know something secret?) 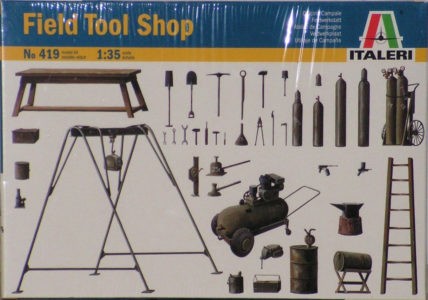 here the firm went crazy and in 2007 issued a new design. 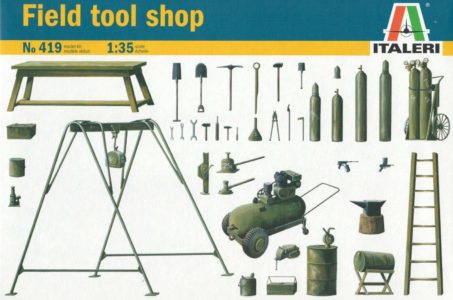 There are such children’s pictures-riddles: “Find 10 differences”. 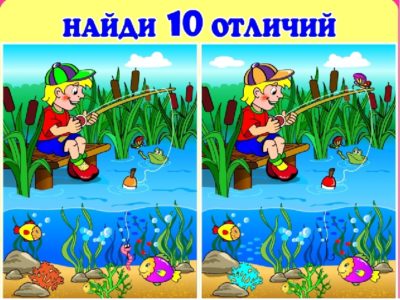 this is exactly the case.

We are waiting for the continuation.

Immediately, in 1983, this set was repackaged by the American Testors 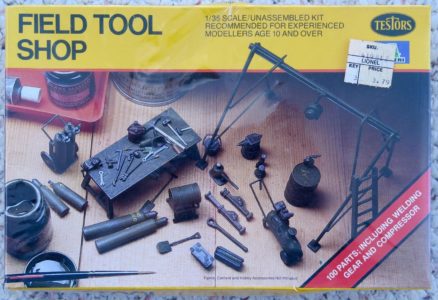 The next company to take notice of this set was TAMIYA in 1994. She, complementing it with her product, 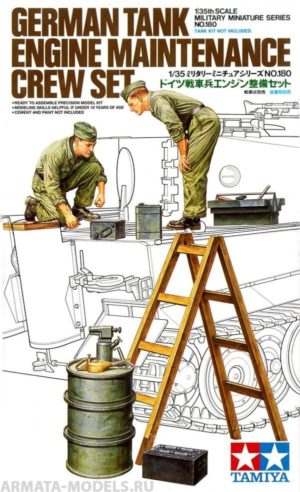 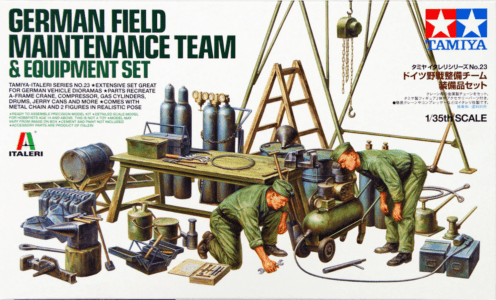 The firm has another set of the same subject 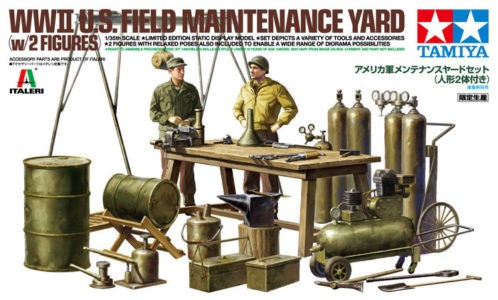 Very convenient: they added German men – they got a German kit, they added Americans – that’s an American kit! And if in the first case I quickly found the second component, then in the second I had to dig deeper. I wish I hadn’t!

It turned out that this second set is not available either! More precisely, he is, but he is not. 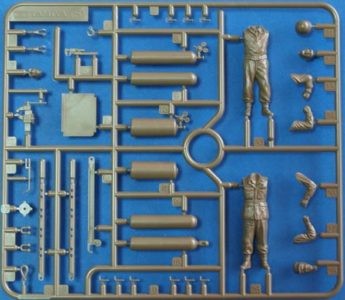 with the prudently assigned letter S (so as not to duplicate it) and began to stick it wherever they could.

The first victim was a set with a heavy American transporter 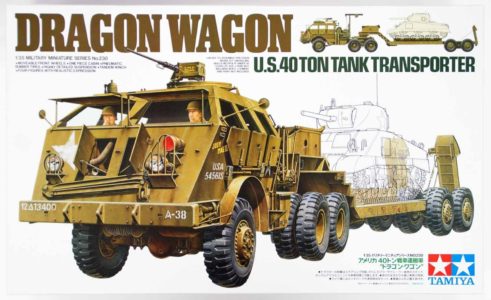 there are already gas cylinders there 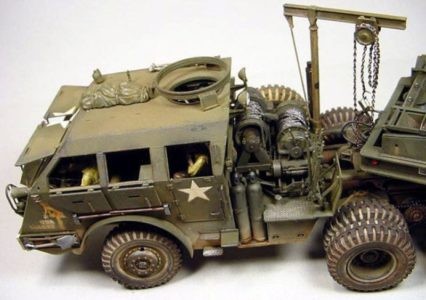 вthere they are, right behind the cockpit, but the Japanese needed to enhance the effect. Which they did 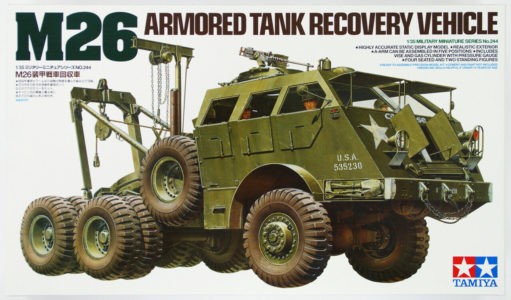 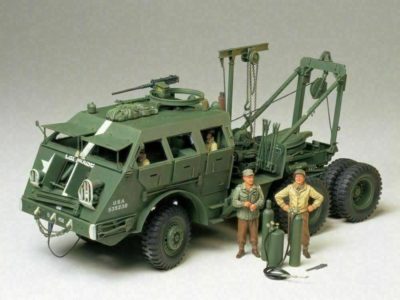 And it made it possible to introduce chronology: the first set from 1998 – and this sprue was not yet, the second – from 2000 and it is.

This was not the end of it. Was just a truck model 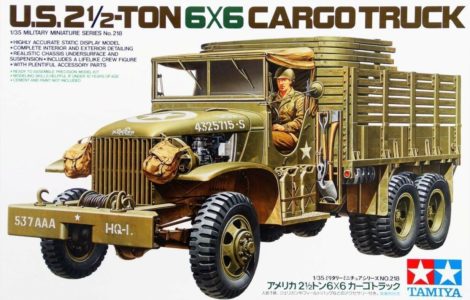 add the sprue S, one more step to the instruction 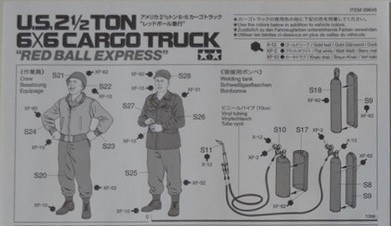 and we get a new set 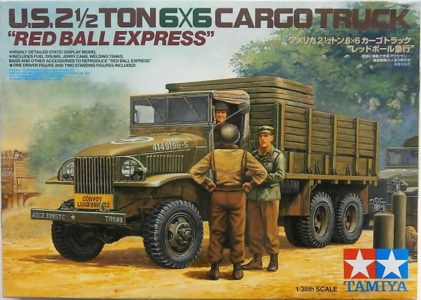 Maybe such a transformation has befallen someone else, but these cases were enough for me.

I will indicate these cars in pdf for completeness of the picture, but I will not put them in the catalog itself: how can I explain the presence of huge trucks under the signboard “man-driven”! Are they pedal?

Surely the most attentive of you noticed that we are talking about sets of equipment and tools, which include gas welding equipment. Moreover, these sets are plastic.

So we will continue. 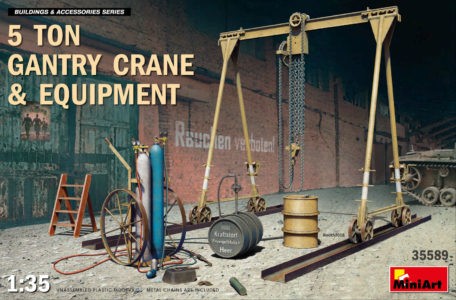 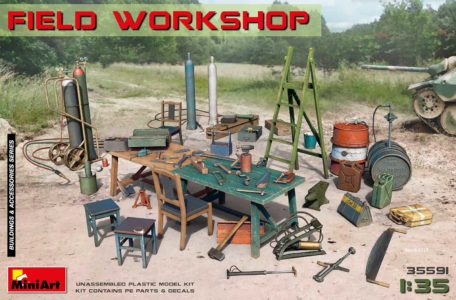