Skip to content
HomeDevices driven by manWheelbarrowsWheelbarrows in a war

If someone comes to mind accusing me of moving away from military topics, then he will be right and … wrong. Indeed, what could be more creative and peaceful than a car? But on the example of a bicycle we saw that mankind directs even peaceful things to military needs. Yes, and the scale of 1/35 it is militaristic in nature.

According to the American Lincoln County Line, German skydivers respected the cars very much. 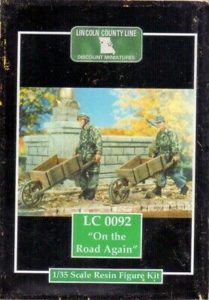 The same opinion, and most likely the same injection molds, were shared by their compatriots from Warriors Scale Models 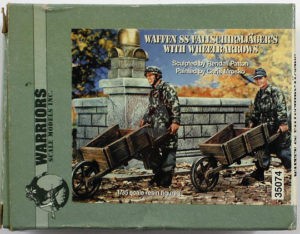 They are echoed by European manufacturers, for example Czechs from CMK 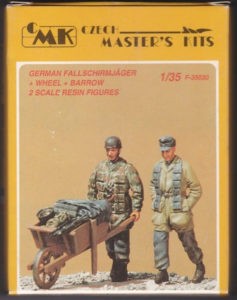 and the British from Wolf Hornet Models 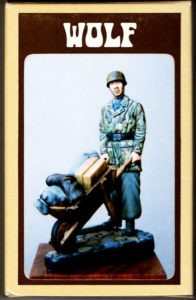 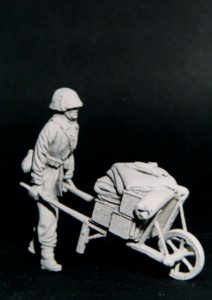 now they don’t have this kit on the site.

Moreover, an attempt to find photographs of relevant historical facts did not bring much success. Only one photo of German soldiers with a wheelbarrow was found on the street of the Dutch city 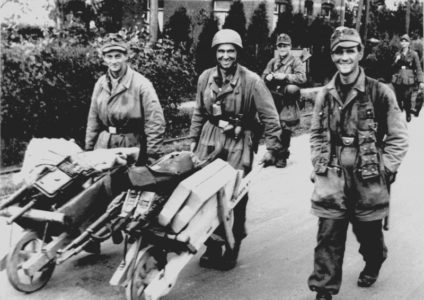 Obviously, it was she who served as the prototype for Czech designers and in it you can see the prototype of all other sets. So one photo distorted the model display of the real world – it seems that the Germans immediately jumped from planes with wheelbarrows loaded with weapons, so that later they loaded the loot.

The same guys from Resicast suggested another story, closer to the creative essence of a wheelbarrow. 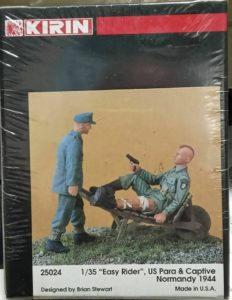 but wounding is nothing good, the Belgians say again from Resicast 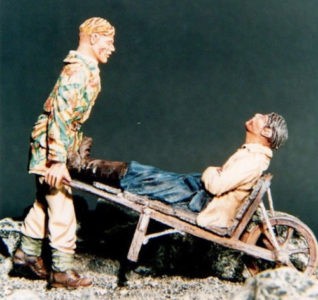 Military use is not necessarily combat use, which the product from the Belgian Precision Models demonstrates to us. 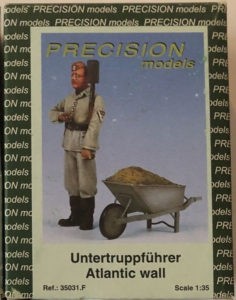 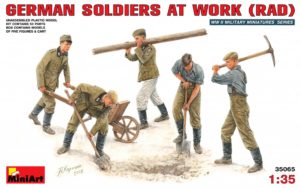 “Since June 1935, every German young man had to undergo a six-month labor service prior to military service. Since the beginning of World War II, the activities of the RAD also extended to girls.” Wikipedia.